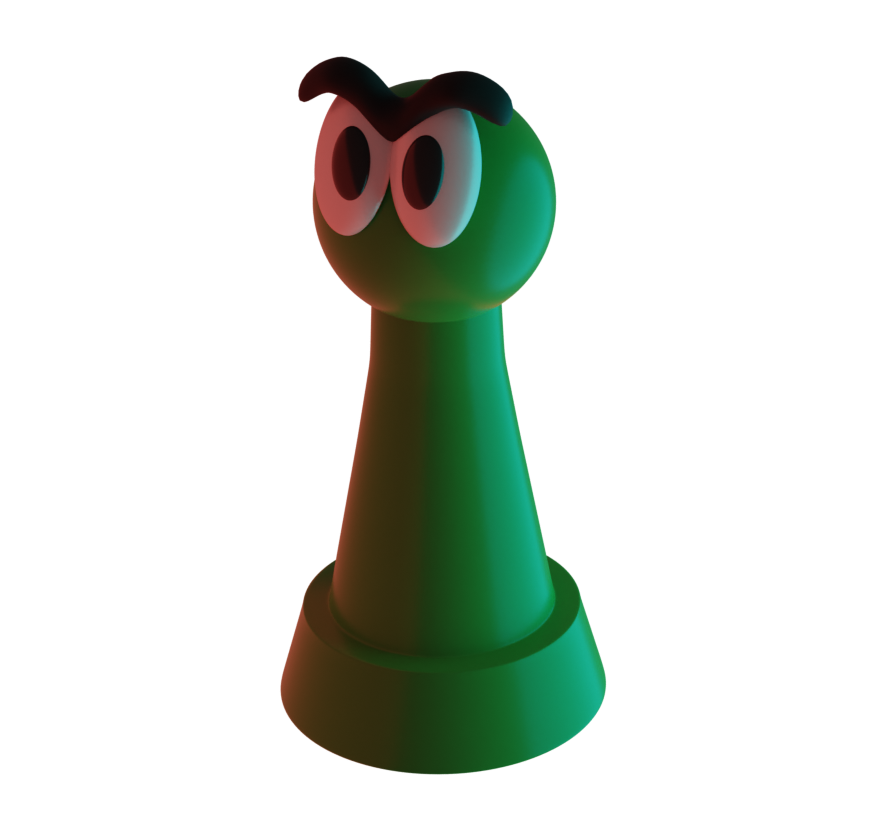 Slimes that connected to a finger skateboard. These little beasts can’t take much, but they are fearless and race at breakneck speed towards their opponents or even chasms. 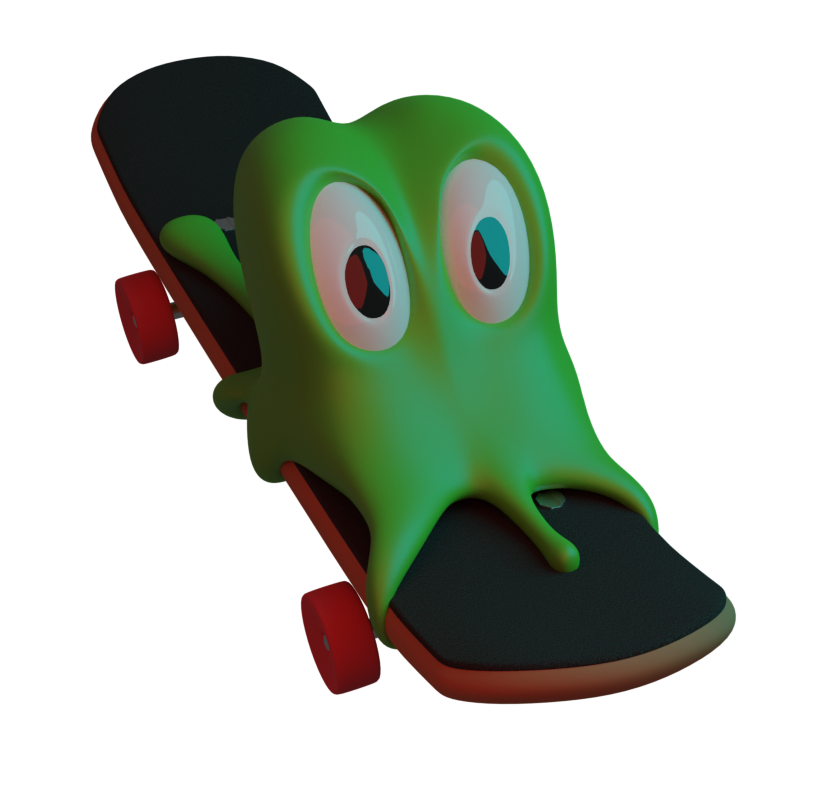 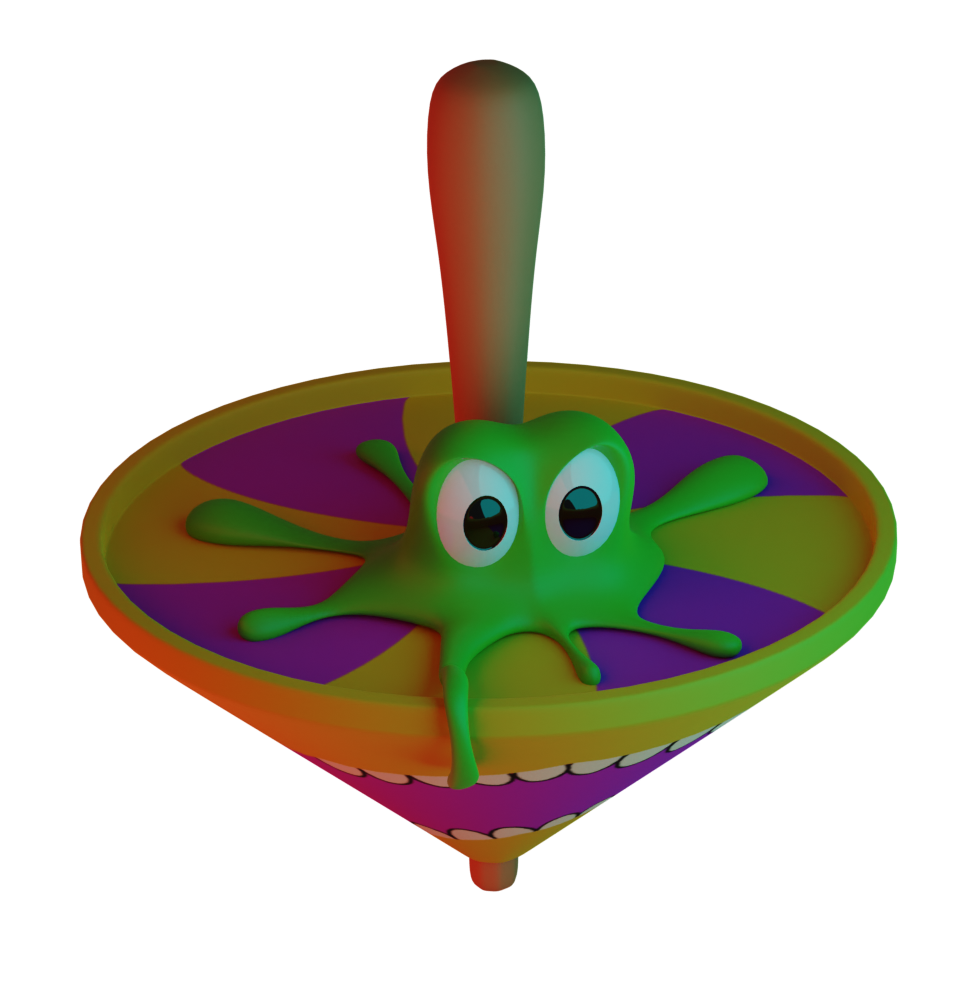 Only the slimes free from vertigo can become Dizzy Oozes by connecting to a spinning top. Even so, they often lose control when heading toward their enemies at over 24 revs per second. They rotate around their own axis so quickly that it creates a small whirlwind.

Suzanne is the toy monkey the boy got for his 4th birthday. The two were inseparable for a while, but have played less and less together in recent years. In the meantime, the once beloved, cute stuffed monkey seems rather creepy and… angry? 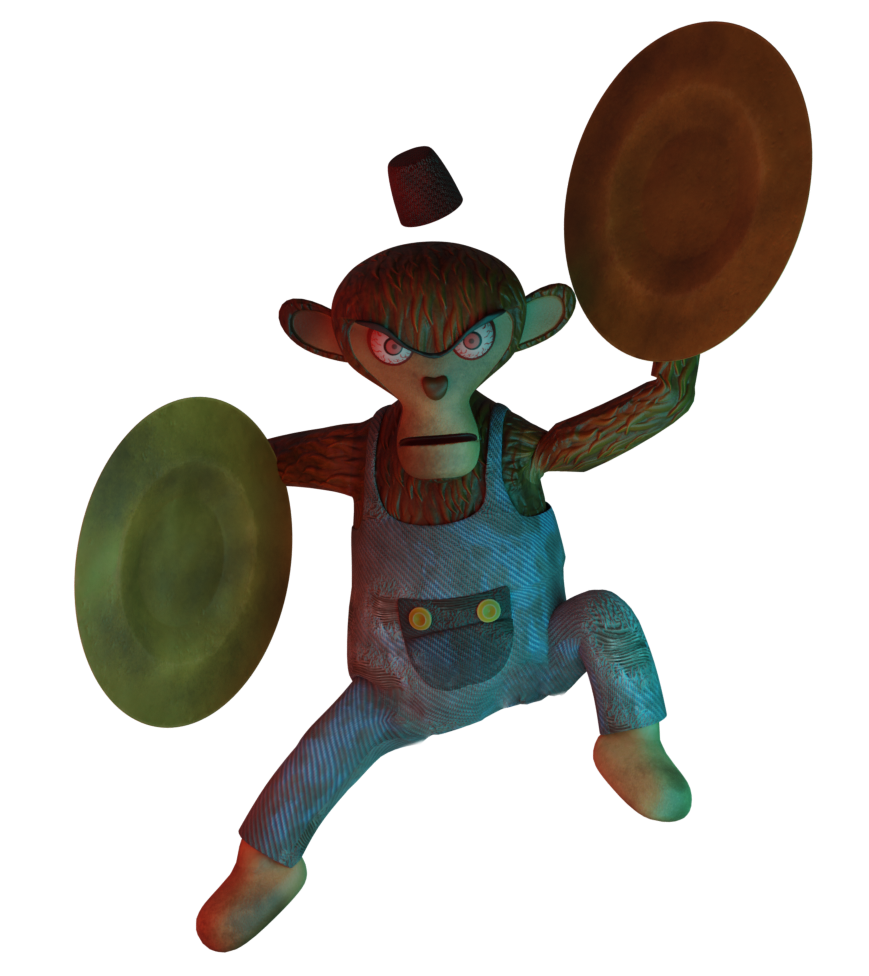 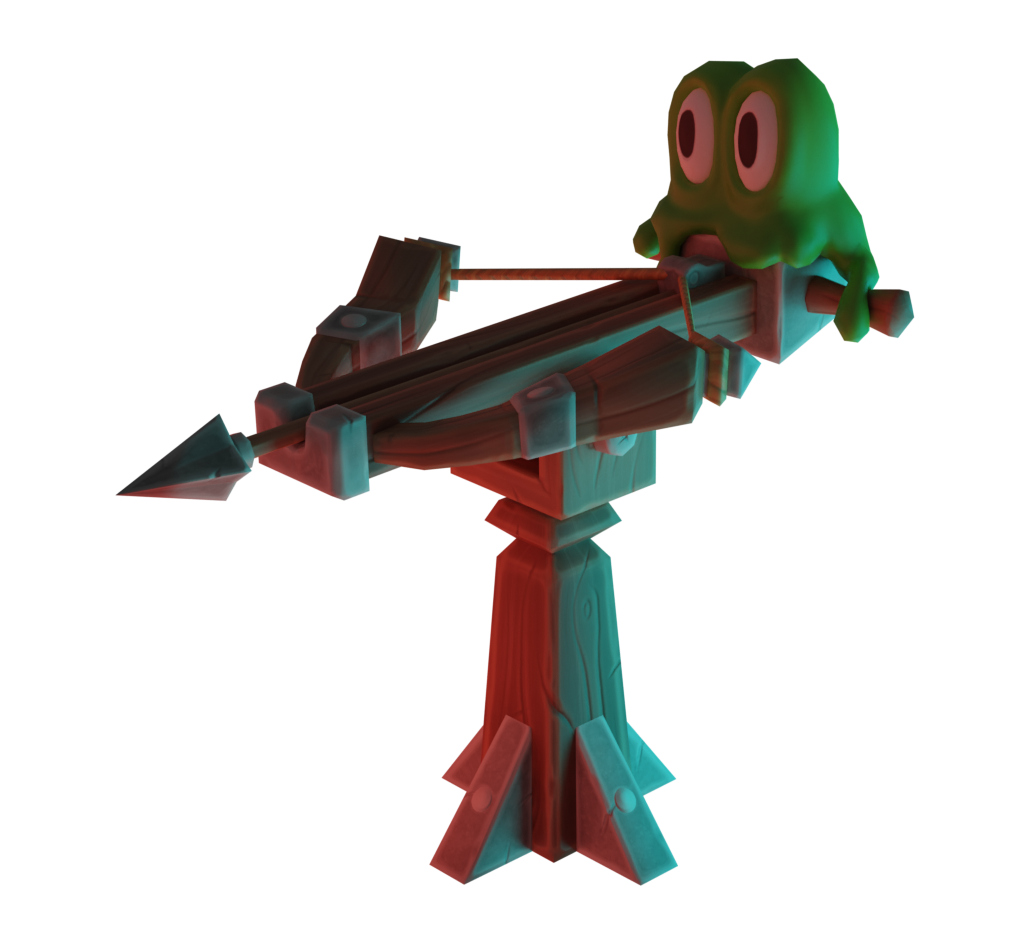 Calculating the curved trajectory of the catapult bullets to hit opponents is too complicated for many slimes. These slimes become scorpion shooters: face opponents, pull trigger, enjoy shish kebab.

Oozeballs are huge fusions of dozens of slimes, cloaked in thick shields and pointed spears, rolling over their opponents like a gigantic, heavyweight, unstoppable gooseberry. 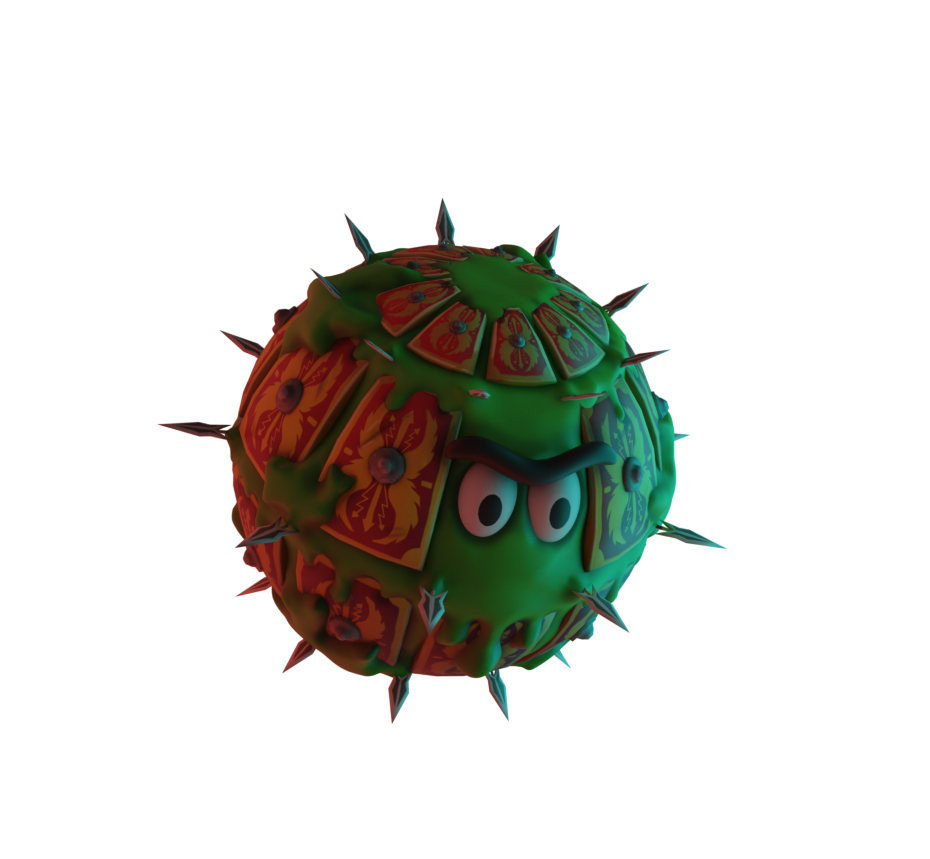 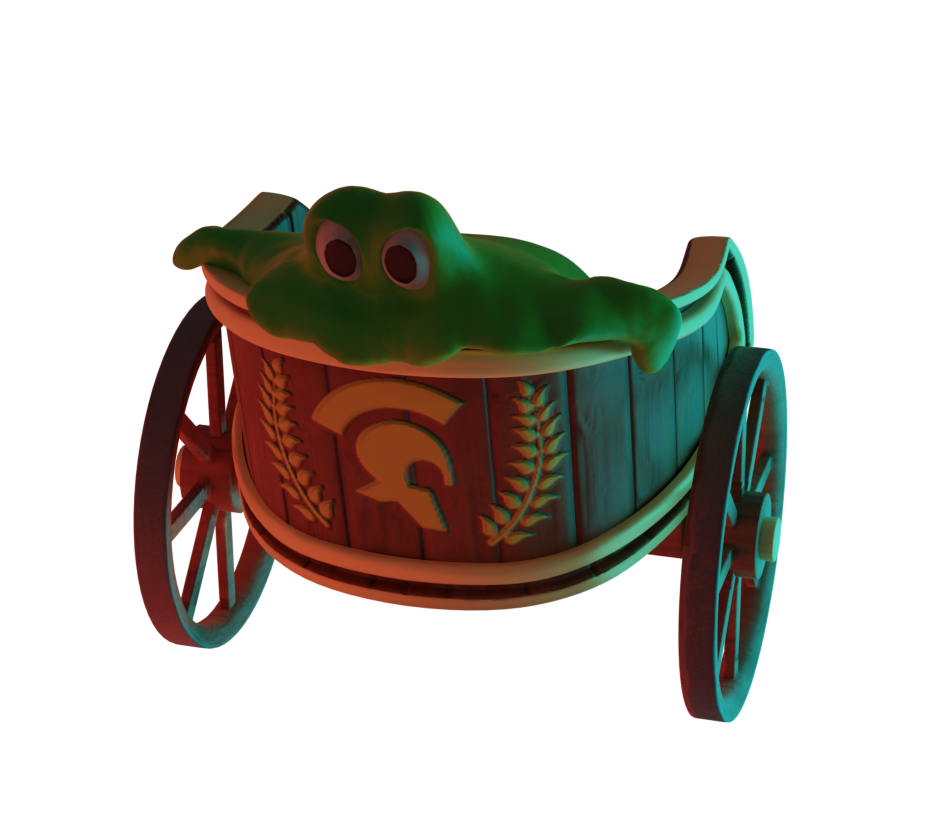 The Chunky Chariot is a larger, bulkier version of the Slimey Racer. They forego a small amount of speed in order to retain a minimum of maneuverability even when attacking. Their extra mass completely offsets this in terms of the power of their attacks.
In addition, they have learned to spit small slime projectiles at their opponents if they manage to dodge their ramming maneuvers.

A slime that has possessed a Roman toy soldier. Blunderblade live for close-ranged combat, savaging their opponents with quick slashes and big swings once they get close. 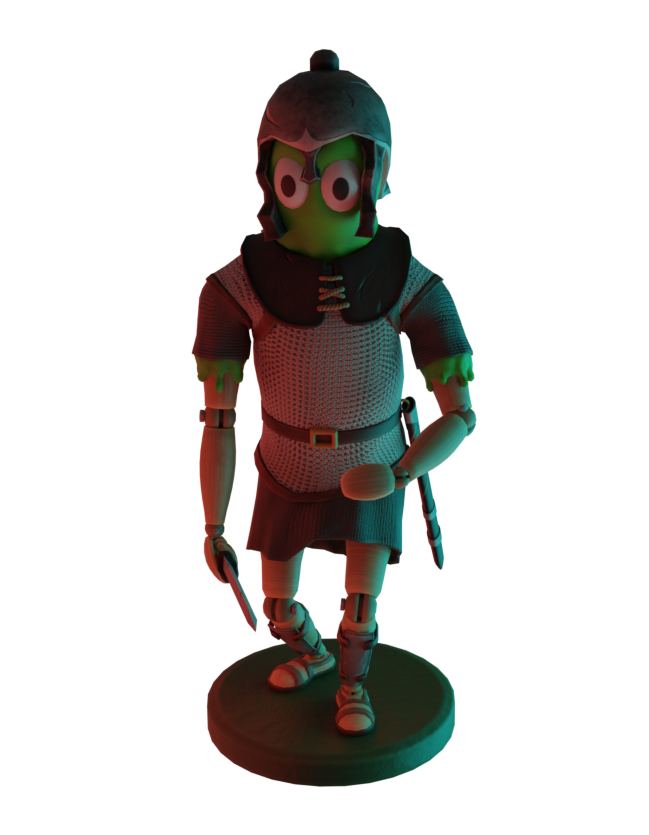 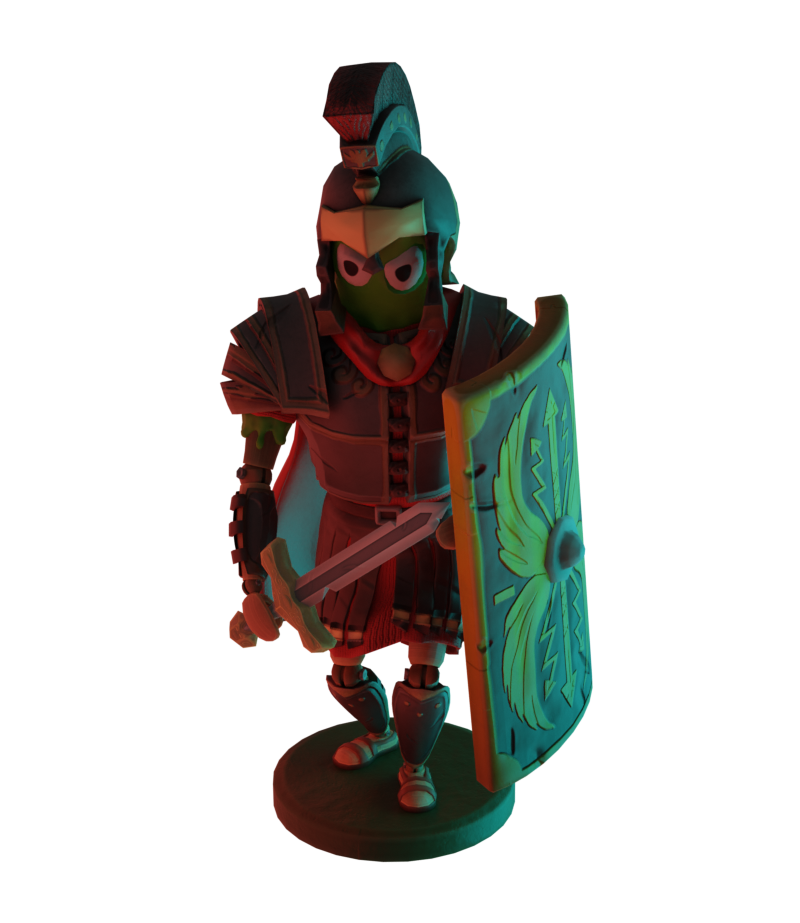 Only the bravest, brightest, and strongest Spearslugger advance to the rank of Centuri-Oh-No!. With their heavy armor and tower shield, they may be slower than Blunderblade or Spearslugger, but in return they become walking fortresses, and their extra weight means the power of their blows is not to be taken lightly.

Slimes wanting to show off their love for big guns and heavy siege engines take control of these massive catapults and shoot anything they aim for. 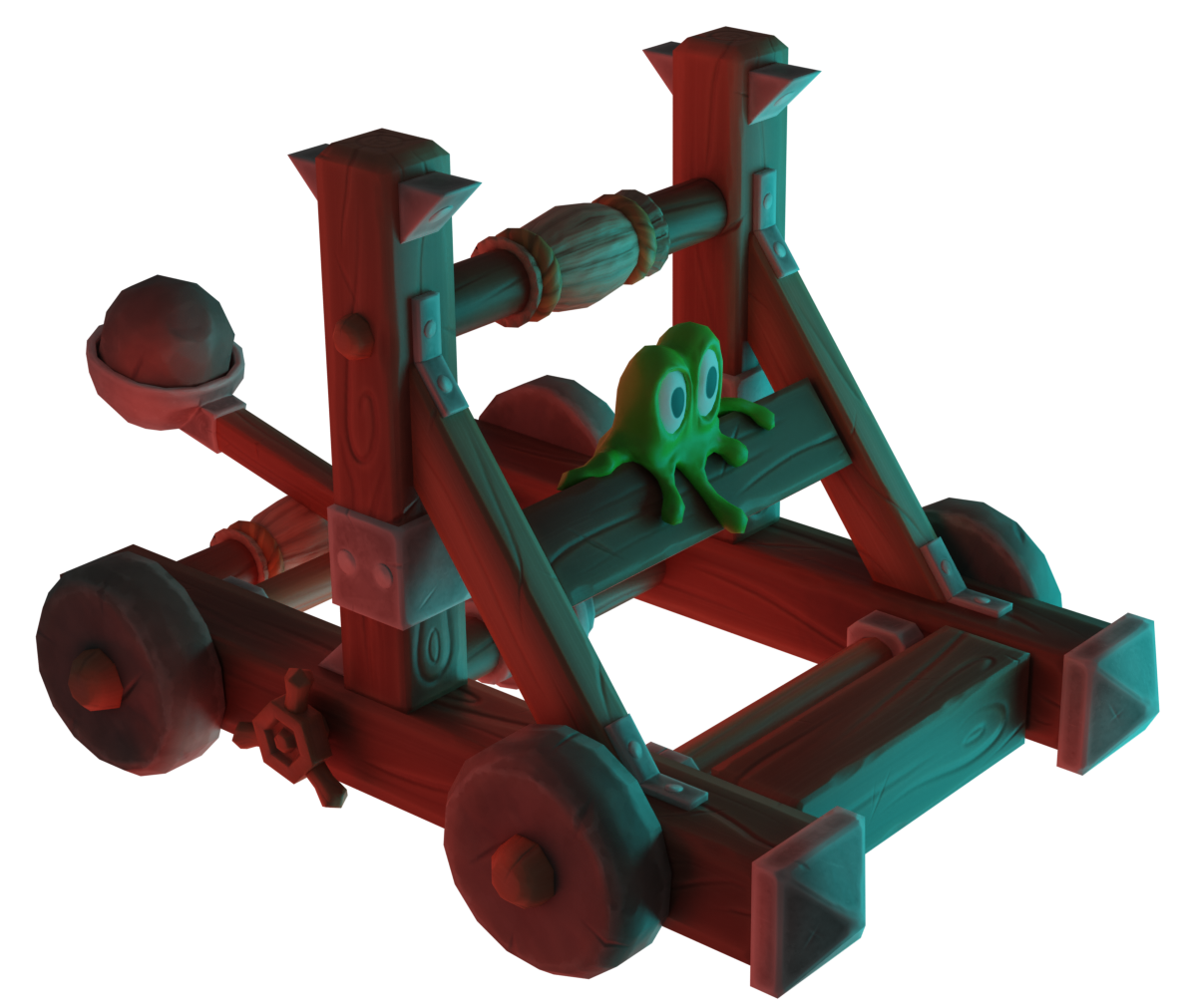 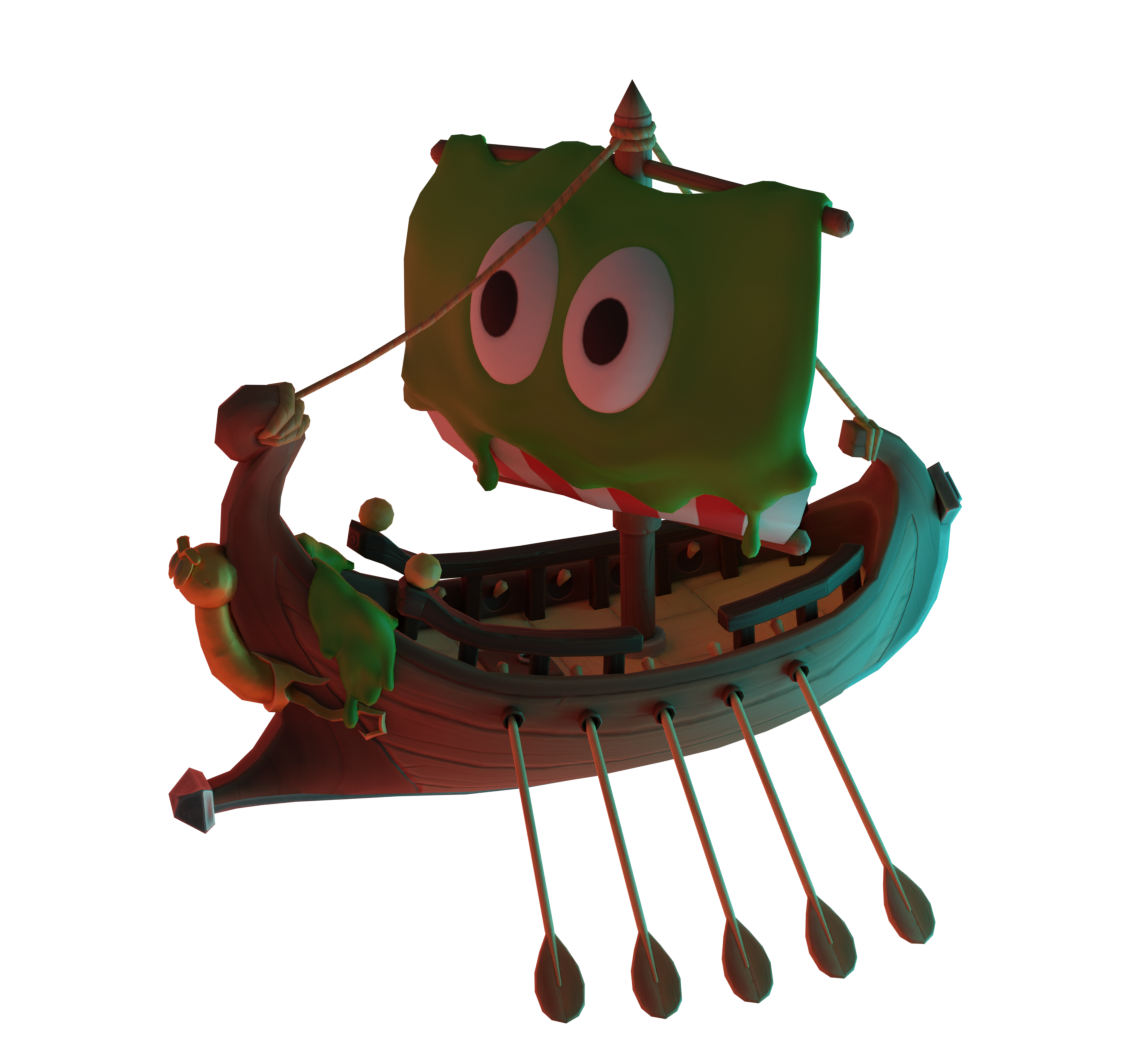 The Scourge of the Seas

The Scourge of the Seas is the flagship of the Roman soldiers and is as much under the monster’s control as the soldiers themselves. The massive galley is heavily armed and also accomodates an entire garrison within, ready to be transported ashore at any time and launch a mobile invasion.